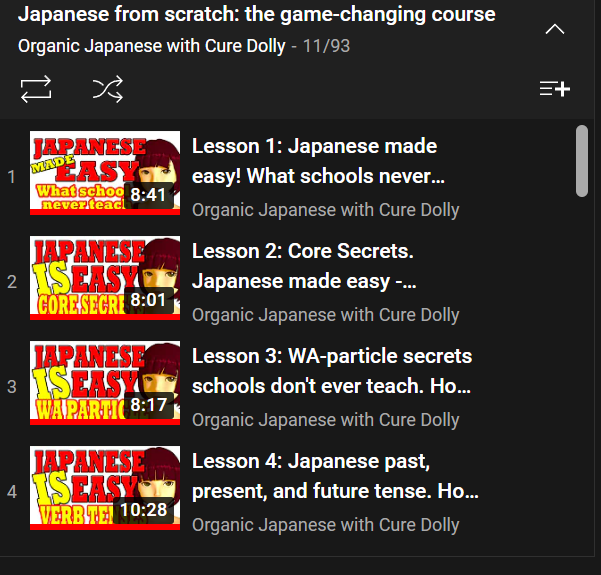 First of all, let me say 哀悼の意を表します. This Android teacher took a unique view to learning Japanese, and was taken from us too soon.

I forget how I initially came across her videos. Probably the YouTube algorithm delivered it to me, along with the several dozens of other Japanese videos I watched. And what I first really was surprised by was a Japanese sentence being compared to…a steam train? 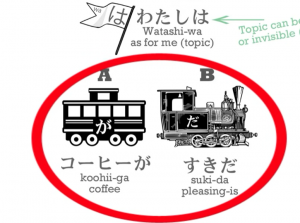 Sure, I might have clicked away, except her authority of the Japanese language shone through. I got hooked immediately.

Her approach was that most (all?) modern textbooks teach introductory Japanese in terms of comparisons to the English language (or whatever your native language is, dear reader), instead of teaching Japanese in terms of comparisons to the Japanese language. And if you’ve studied Japanese for any length of time, you know that comparing it to any European language gets to seem sort of silly, and more silly as you go deeper into the grammar.

I’ve only begun to scratch the surface of her main playlist , because I keep jumping around to her specialised topics. But I definitely plan to go through the 93(!) videos in order. It might help unstick my brain from where it seems to be currently stuck.

You can access more of her teachings at her Patreon (now open to everyone until the end of 2022), and on the main Organic Japanese site. These really are refreshing from the ordinary flow of Genki lessons, and make more sense even if you are waist deep in Genki because of a formal course.

I hope the curators of her legacy keep it going, even if nothing new is added. I for one would be happy to toss a few hundred yen at a site built around this method. Organic Japanese と頑張りましょう！